The Northrop F-5C Skoshi Tiger fighter is a modified version of the F-5A that was sent to Southeast Asia in the mid-1960’s for an F-5 evaluation program in real combat conditions. The aircraft was modified to mount a fuelling boom for refueling during flight, armouring of several fuselage sections were also added, and the cockpit instrumentation was updated.

The premium F-5C is capable of reaching a top speed of over 1400 km/h. The fighter is armed with two 20mm M39A2 revolver cannons. Suspended armament is presented in various options, including: 2 AIM-9B/E Sidewinder guided air-to-air missiles, up to four AGM-12B guided air-to-surface missiles, up to 76 FFAR Mighty Mouse unguided rockets, up to 8 Zuni Mk32 unguided rockets, and also be able to carry up to 18 250lb, five 750lb, five 500lb, three 1000lb, or one 2000lb bombs in various combinations. In addition, the F-5C fighter is equipped with flares and chaff as infrared and radar countermeasures. 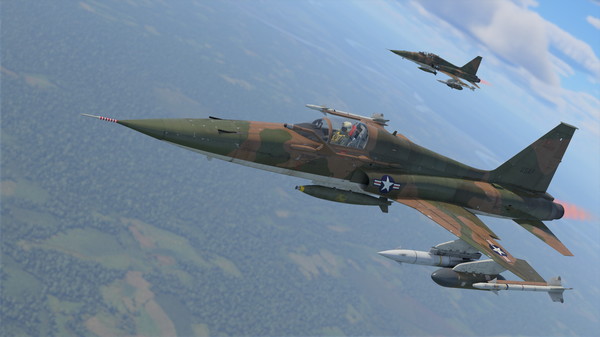 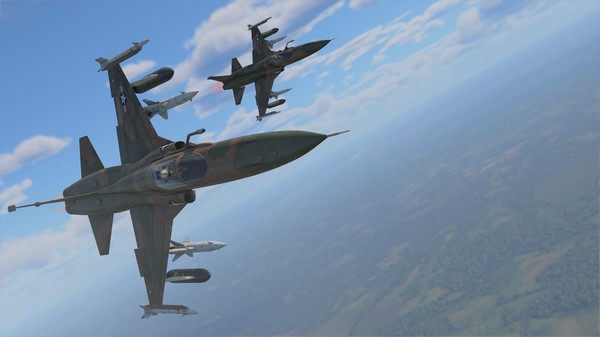 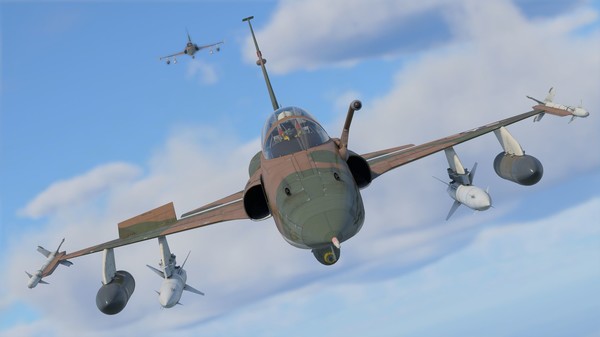